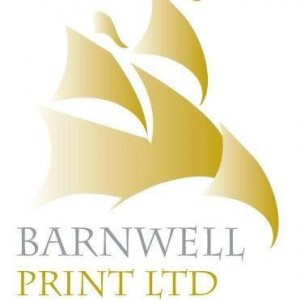 The Barnwell family arrives in Norfolk In 1908 a commercial property in Aylsham came up for sale, a former Post Office that had been turned into a stationery shop with a printing works above. It was bought by Charles Henry Barnwell, a printer from Hull, and thus began a family business which has remained in Aylsham and in the hands of the Barnwells ever since. Charles's business was established in 1840 and began using the image of a sailing ship as the company logo. Charles married a local girl, who looked after the shop while he organised the printing. Mrs Barnwell proved a good business woman and negotiated some shrewd property deals. The couple were able to hand on a thriving concern to their son Frederick Charles; he, like his father, concentrated on running the print works, while his wife's sister Winnie Jordon managed the shop until she was well into her seventies. Winnie was 97 at the time of writing.