It is thought that the name Aylsham dates from around 500 AD when a Saxon called Aegel set up his homestead here. As “ham” means homestead, the village would have been known as Aegel’s Ham. It was recorded as Elesham in the Domesday Book (1086)

After the Norman conquest the Manor of Aylsham was held by the crown, and passed to John of Gaunt, son of Edward III 1372. By this time, Aylsham was well known for its linen and was an important textile town through the middle ages. John of Gaunt was a powerful nobleman and had also become Duke of Lancaster through marriage. He is thought to be responsible for building part of the parish church, a large flint built cruciform design of the 13th and 14th centuries. The north transept window has the red rose of Lancaster and the arms of John of Gaunt.

When John of Gaunt’s son Henry IV became King, the Duchy of Lancaster merged with the crown. When Charles I became king, the manor of Aylsham was mortgaged and eventually sold to Sir John Hobart of Blickling. The manor passed through the Earls of Buckinghamshire, along with the Blickling Estate, to the Marquesses of Lothian and then to the National Trust. This explains why the Buttsland car park and the Market Place still belong to the National Trust today 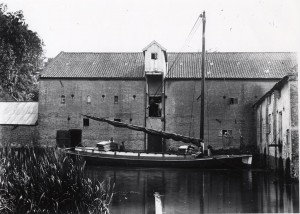 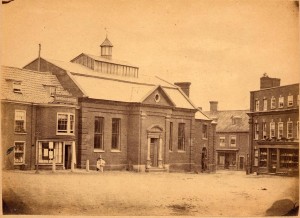 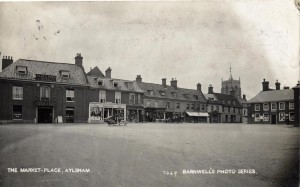 The Discover Aylsham App has trails and historic points of interest all around the town, download it from the app store.

For more information on the history of Aylsham and other trails please visit the Aylsham Heritage Centre.