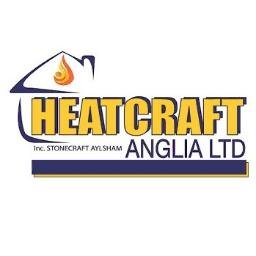 Heatcraft Anglia is a third generation family business. The original business was started just after the second world war and made concrete blocks. This was expanded into a contracting and haulage business. The lorries, returning from deliveries, would bring back loads of stone from all over the country and Stonecraft (Aylsham) was formed in 1970, supplying stone for fireplaces and gardens. The business grew, becoming the largest generalised stone supplier in Norfolk. With the advent of Living Flame Effect gas fires and the popularity of wood burners, the company began installing these. Because of the success of this new venture Heatcraft (Anglia) was formed in 2002.